After he once again returned to school, Yang developed the Unstable Ties series. In this series Yang developed elements that hadn't been seen in his previous works. There are still layers of color built up on the canvasses, but in this variation the traces of scratches and smudges are more detailed. The thin and fluid feeling of the acrylic paint is especially prominent in this series. Arcs with edges clearly delineated in bright colors create a light-ray effect, but this effect is different from light in the Halo series. In Halo, Yang used freely drawn circles to indicate different shapes, while a faint glimmer of light shines around the rim of the circles in Unstable Ties, like energy radiating from behind an obstruction. The edges have a bleeding effect and are painted with more artificial-looking colors that have been adjusted to be cooler despite the fact that the painting is much busier. There are innumerable layers as well as sections of overlapping geometries as in previous paintings. All of this vocabulary comes from past work, yet is presented in new variations.

Even if the recent Pretending Moonlight series can be seen as a summing up of past series, it still represents progress for the artist. In response to earlier compositions, Yang uses an even more pleasing line quality, makes use of even more colors, and inserts round units and fluid drips of color into these paintings. Many of the paintings in this series use different experimental techniques and expressive elements including audacious brushwork to create an effect of tension and desire. His painting language in this series is fragmentary, and filled with a free-roaming and light-hearted attitude which was never seen in his previous works. 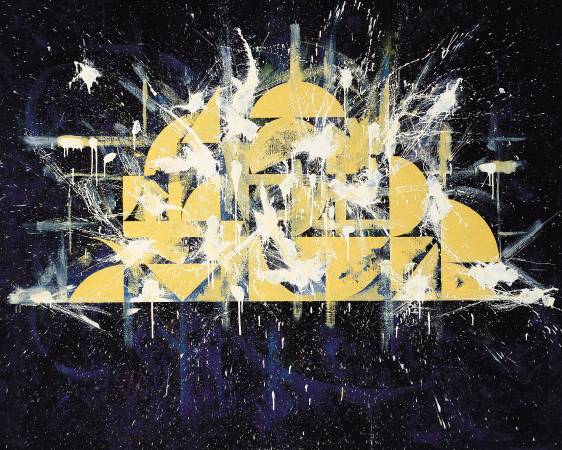 
From the beginning, the symbolism in Yang Jen-Ming's work has often elicited strong reactions. He often agrees with these reactions and even says that he doesn't like direct expression.

Spur-of-the-moment names for Yang's series foreclosed multiple possibilities. In both Halo and Moonlight, light was either bright or empty and these ideas must have existed in the artist's consciousness simultaneously. The Chinese word for pretend also implies the meaning load, and here the artist's skill with poetic language helped him find a comparable term to translate his visual language. Even if Yang opened a door for his audience, he spoke about the impossibility of this door at the same time. Certain difficulties will always be present in the painter's mind.

All kinds of languages circle around, and both words and the formal language of colors and lines we use to construct our worlds can be found in Yang Jen-Ming's sealed and secret room of painting. Perhaps there is light all around, a crack in the starry sky or deep suspicion and doubt permeating this secret room, but like watching a vision after image floating in our closed eyes, although what we see is infinitely close, it can never be touched. 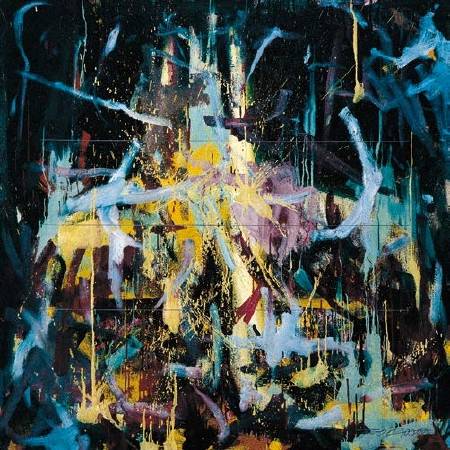 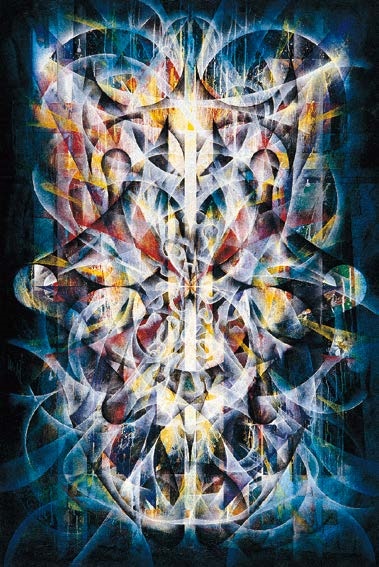 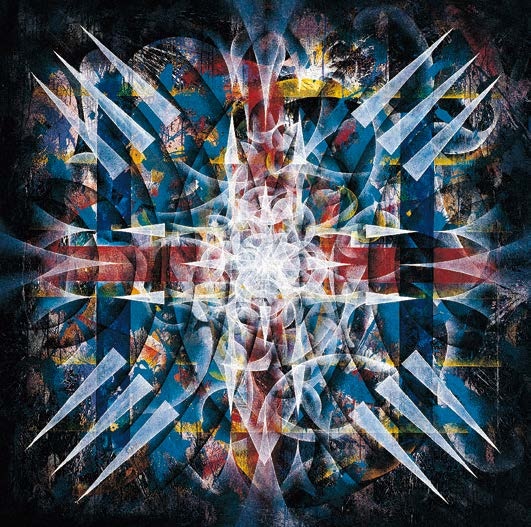 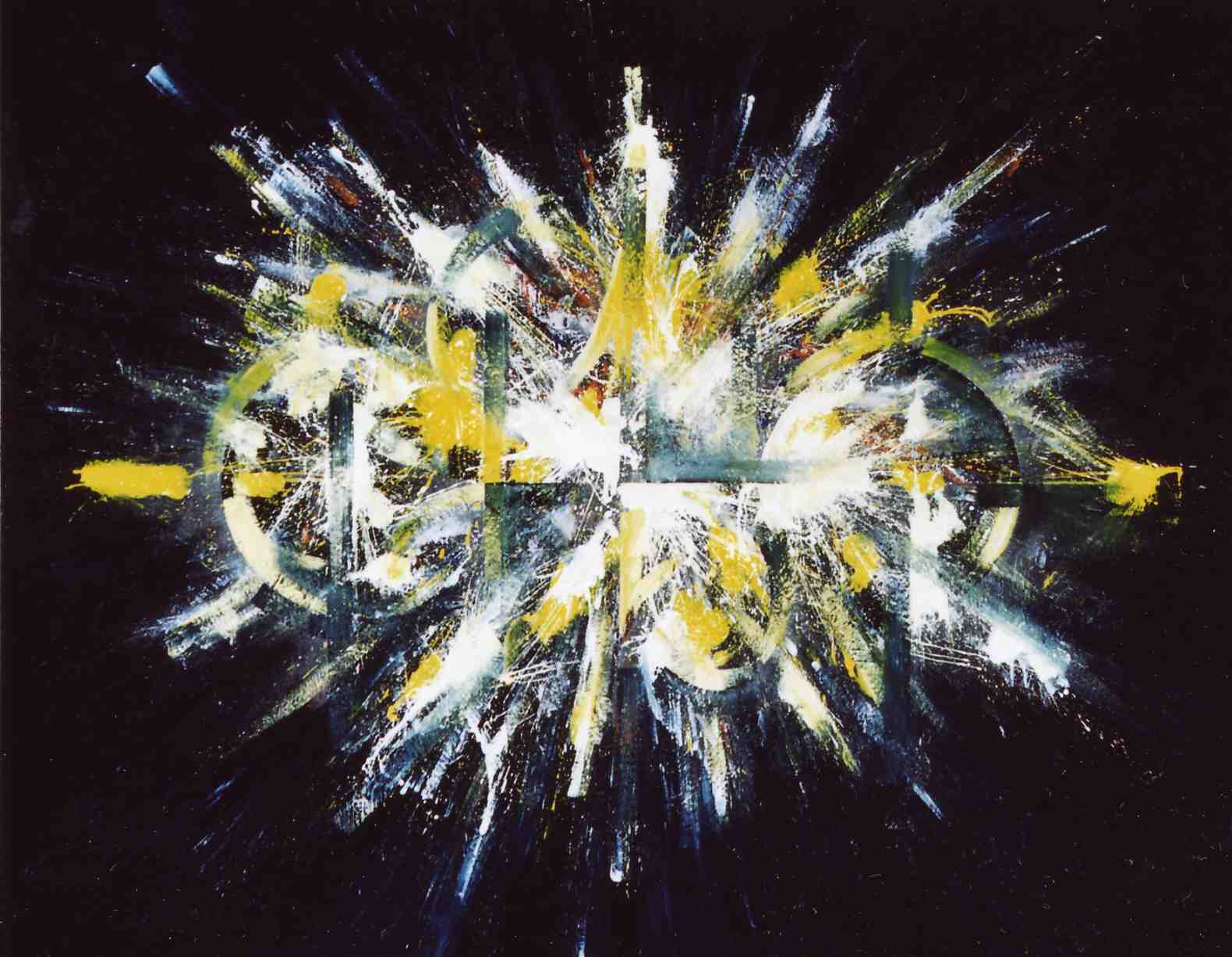 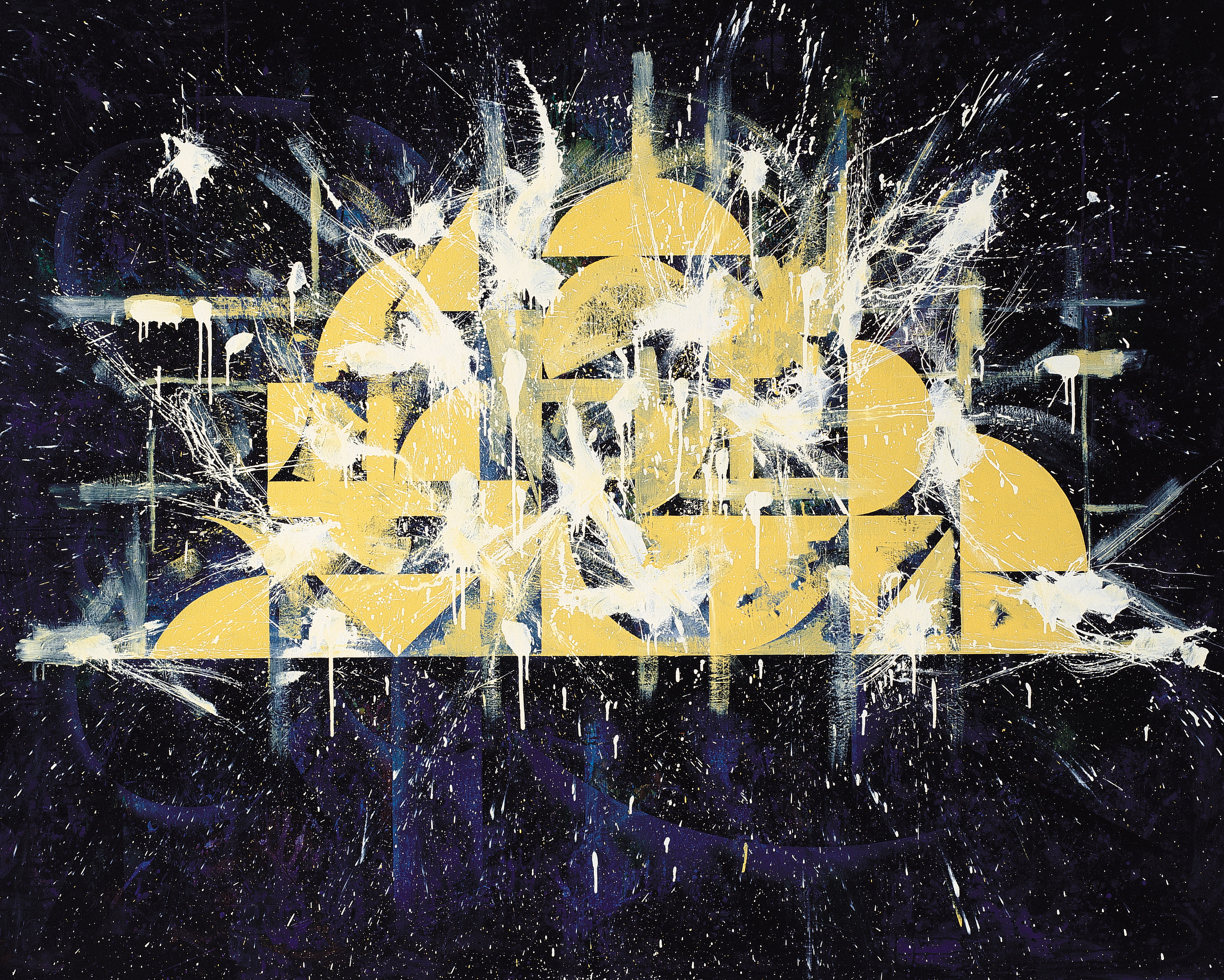 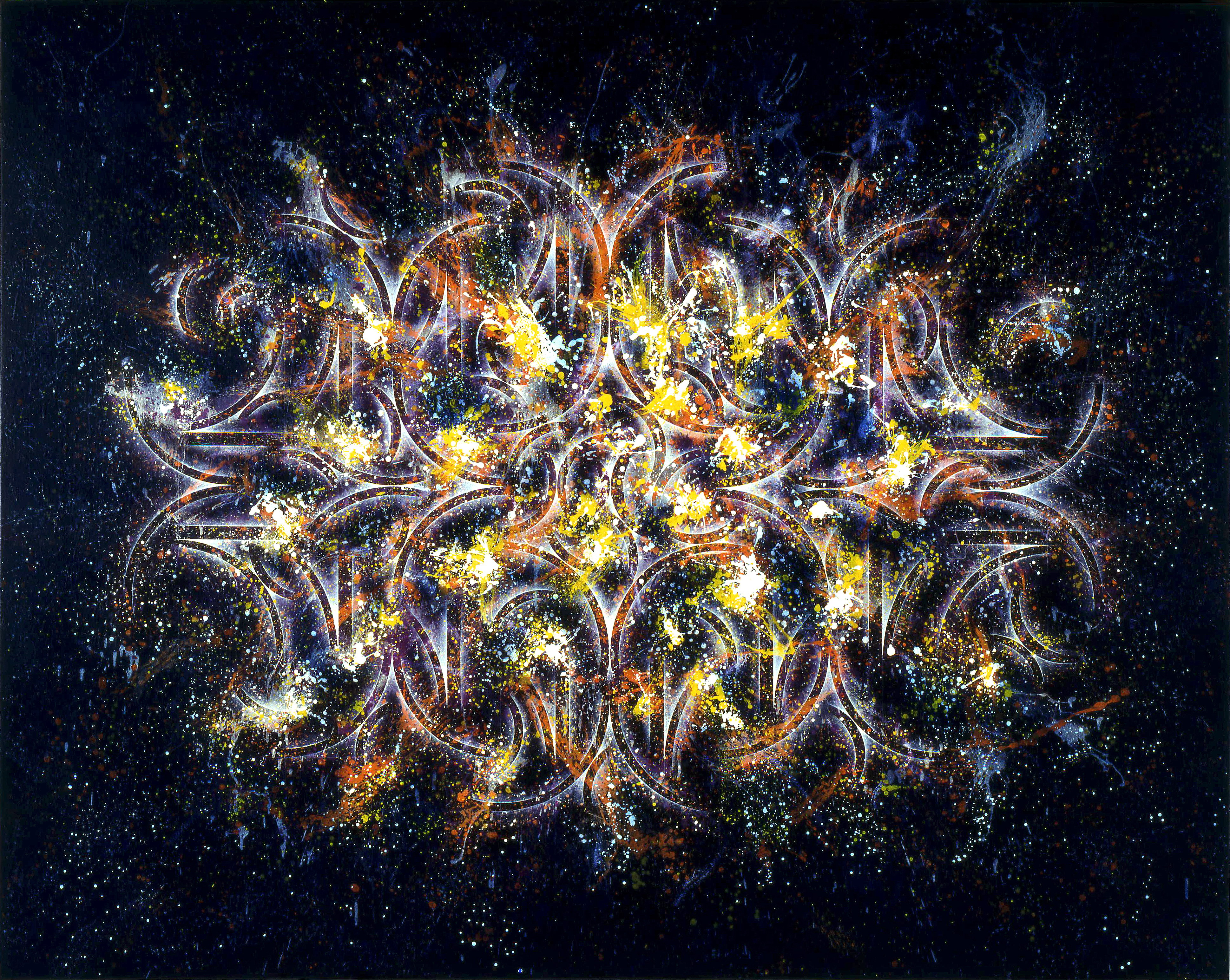 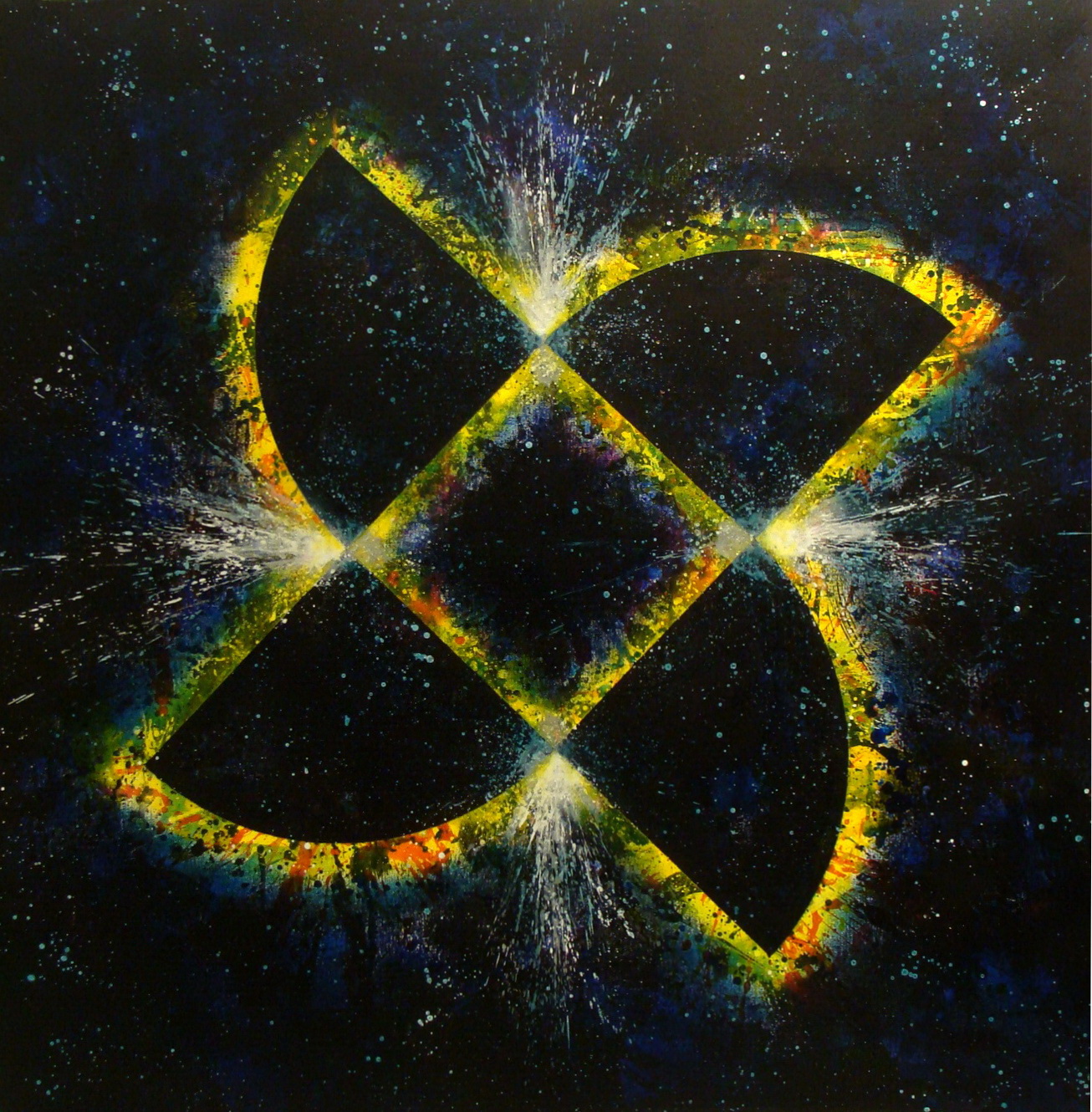 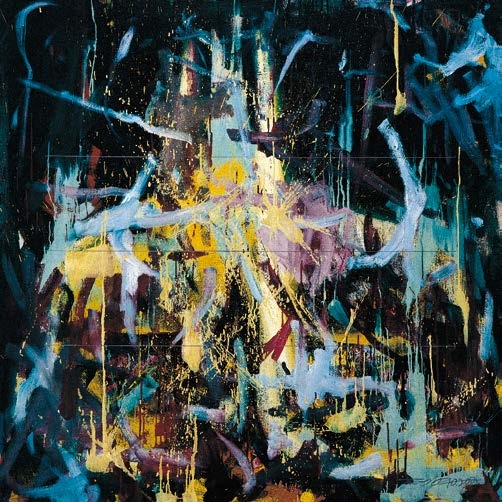