The Opening: Early Phase in France


In 1988, Yang Jen-Ming went to France to study language and fine art. Later on, language study became less important and his life in a foreign country was filled with his creative practice. At first he would go to class everyday, and then he missed more and more classes until finally he just spent all day on his paintings.

During this period he developed the series Division and Mutation.

The essential qualities of Yang Jen-Ming's work are self-reflection and alienation. Looking at the forms and symbols in the last fifteen years of Yang's paintings, I think perhaps he has deliberately imprisoned himself in a secret room.

It seems he certainly needs a room of his own.

Line variations in the series Division and Mutation are symbolic and all work following this series uses related vocabulary, especially symbolic line variations which occupy a central position in his paintings. His forms tend to be organic, and the paintings contain overlapping geometric three-dimensional images which hint at perspective drawings but are overlaid with random grids that create a feeling of spatial confusion. Conical forms, which are closely related to the basic symbols in much of his later work, also appeared at this point. He developed his unique and personal system of artistic vocabulary in this series; lines and cones combine to form symbolic arrow-like forms which carry directional metaphors as well as a puncturing significance, and line movements produce powerful chaotic paintings with nameless clusters of entangled objects lacking starting and ending points.

Division and Mutation (5) A love Fantasy presents a figure in front of a back-lit open door. Although there is strong light pouring through the door, we can't see what is outside, but there certainly is light.

This door, which could be an entrance or an exit, vanishes in later work. 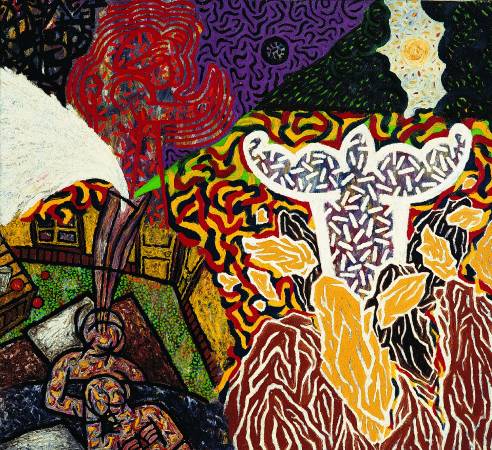 
Door or perhaps passageway, entrance or exit, all divide inner and outer worlds. Regardless of whether these two spaces are internal or external, together they suggest links or communication, and the possible existence of two directions. Since, space outside of human consciousness has been eliminated, what is leftover is skillfully deployed internal space.

In his two series Transplant and Intellectual, Yang Jen-Ming takes two different routes in exploring philosophical ideas. One is the formal language that painting itself expresses, and the other is his naming conventions for his work. Here the artist uses visual art pursuits to establish a set of theoretical considerations that he firmly believes in.

From 1991 to 1992, the symbolic composition of the series Transplant became more obvious. The structures of several of these suggestive spaces were pieced together in a single work. Airborne shapes in the painting were juxtaposed with organic and inorganic objects, emphasizing the implied meaning of the so-called transplant condition, and produced several conflicts in the grafting process.

The series Intellectual , which Yang used to comment on intellectuals and controversial or still undefined discourse in the early 1990s, was in sharp contrast to what other artists of the time wanted to express about the condition of Taiwanese society. His work and that of other artists had certain things in common in terms of painting language, but the symbols he used were by and large extremely different. Unrest, from the individual to society in general, expanded into the images used to express discontent. However, every concrete object in Yang's painting is completely veiled in geometries and bold lines. Chaotic brush strokes and violent underlying contrasts are all presented in a stifling atmosphere, creating an instability that could erupt at any time, just like a tinderbox over raging flames.

In early 1990, the two series Transplant and Intellectual could be seen as a message from the artist's isolated inner world, which later developed into a poetic, internal and private space. Supposing this kind of space existed in society's individuals, then any response to the external environment wouldn't be a statement directed at burning social issues, but rather the definition of human existence and its role within the context of current time and surrounding space. 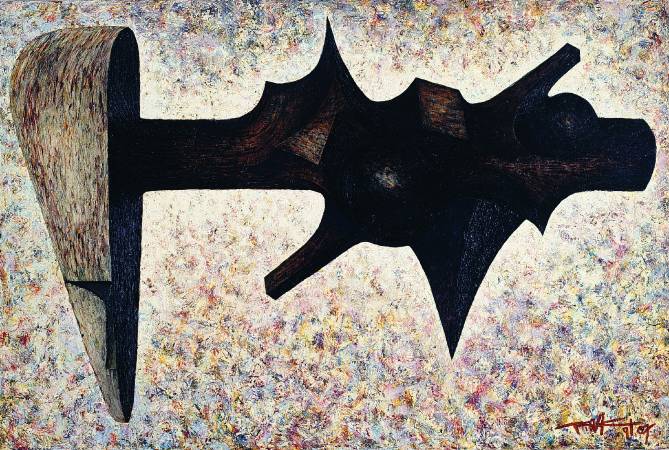 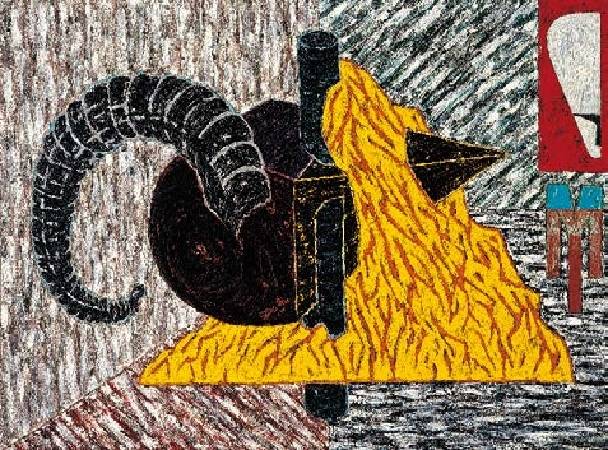 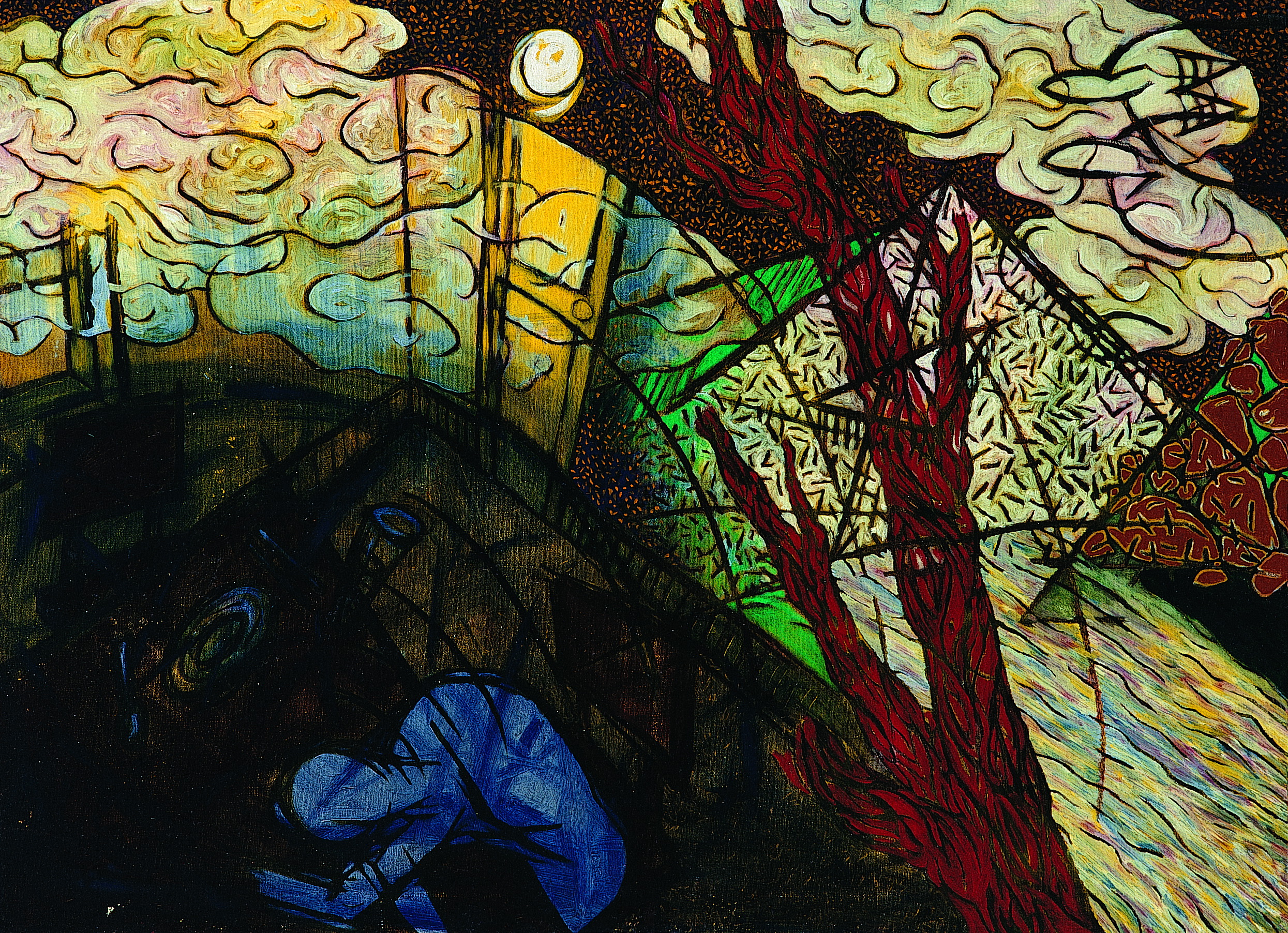 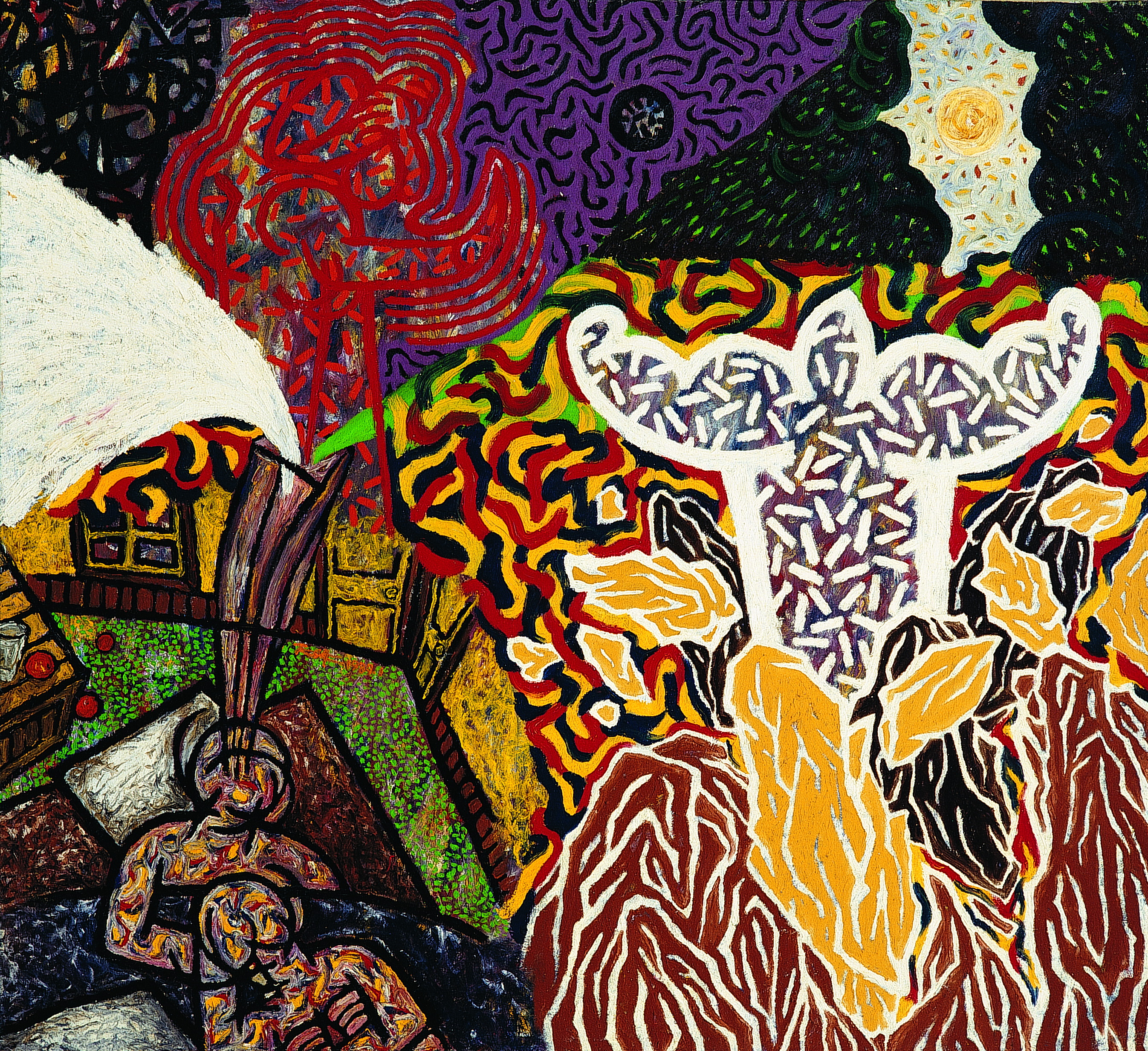 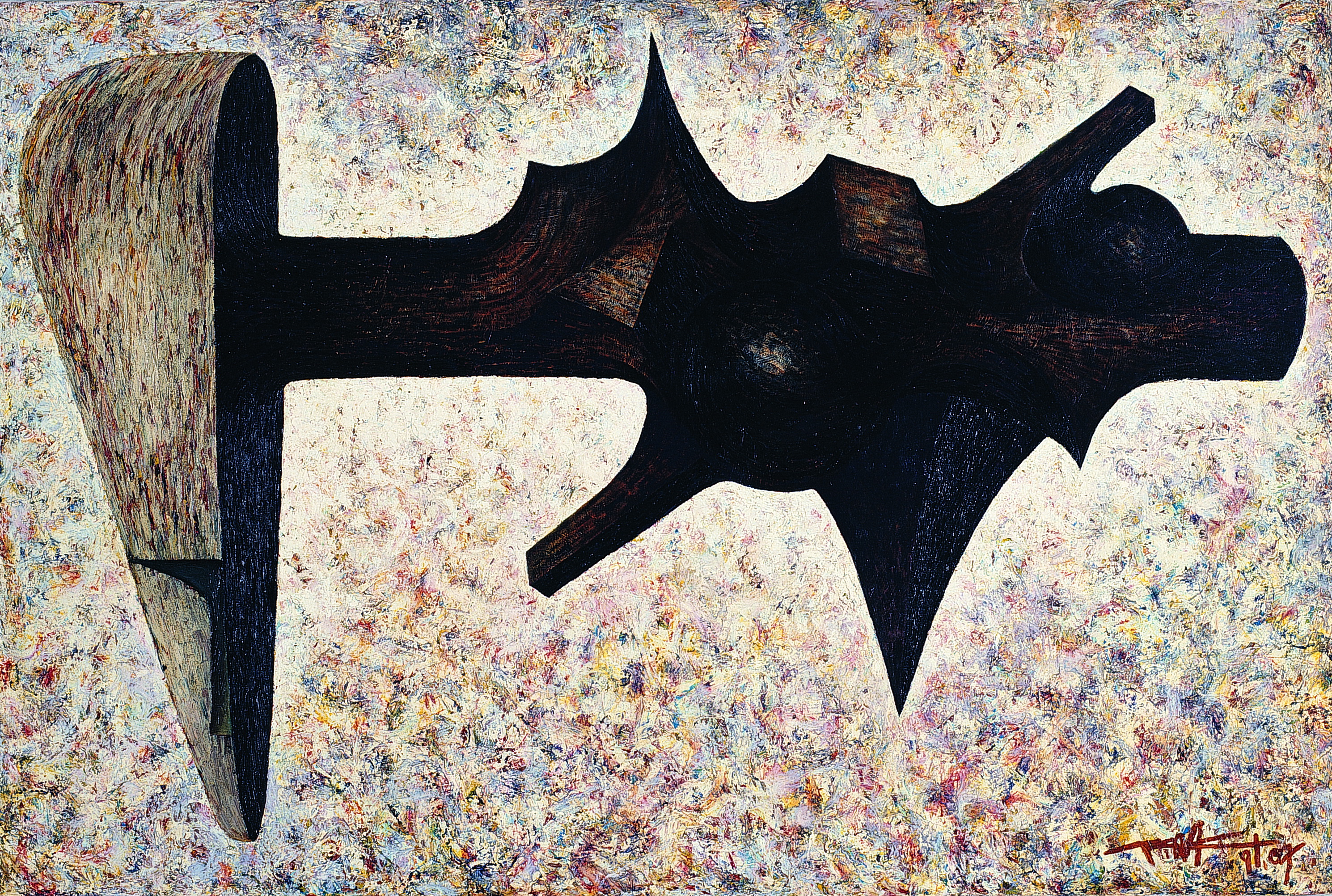 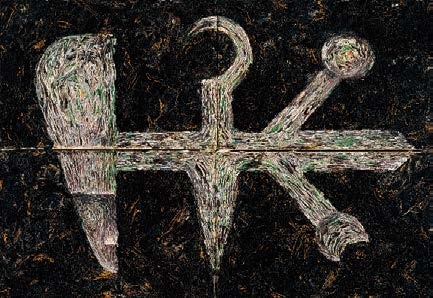 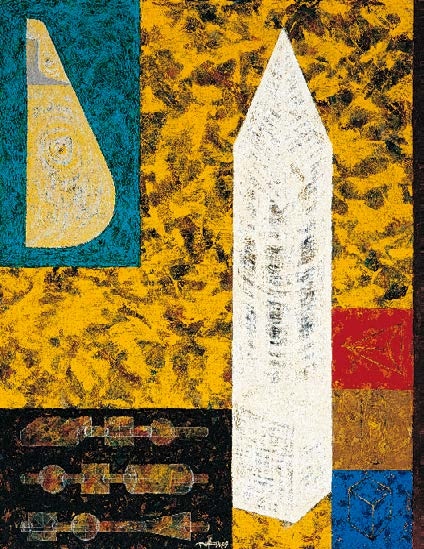 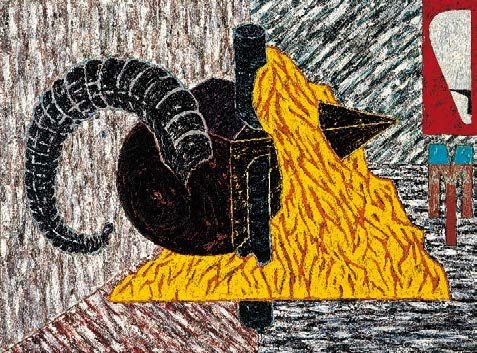 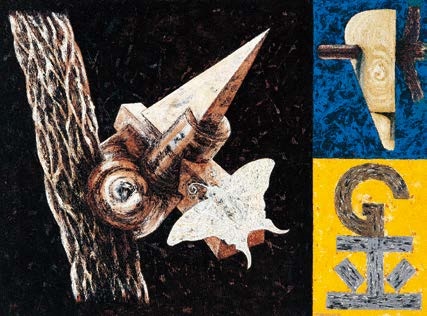