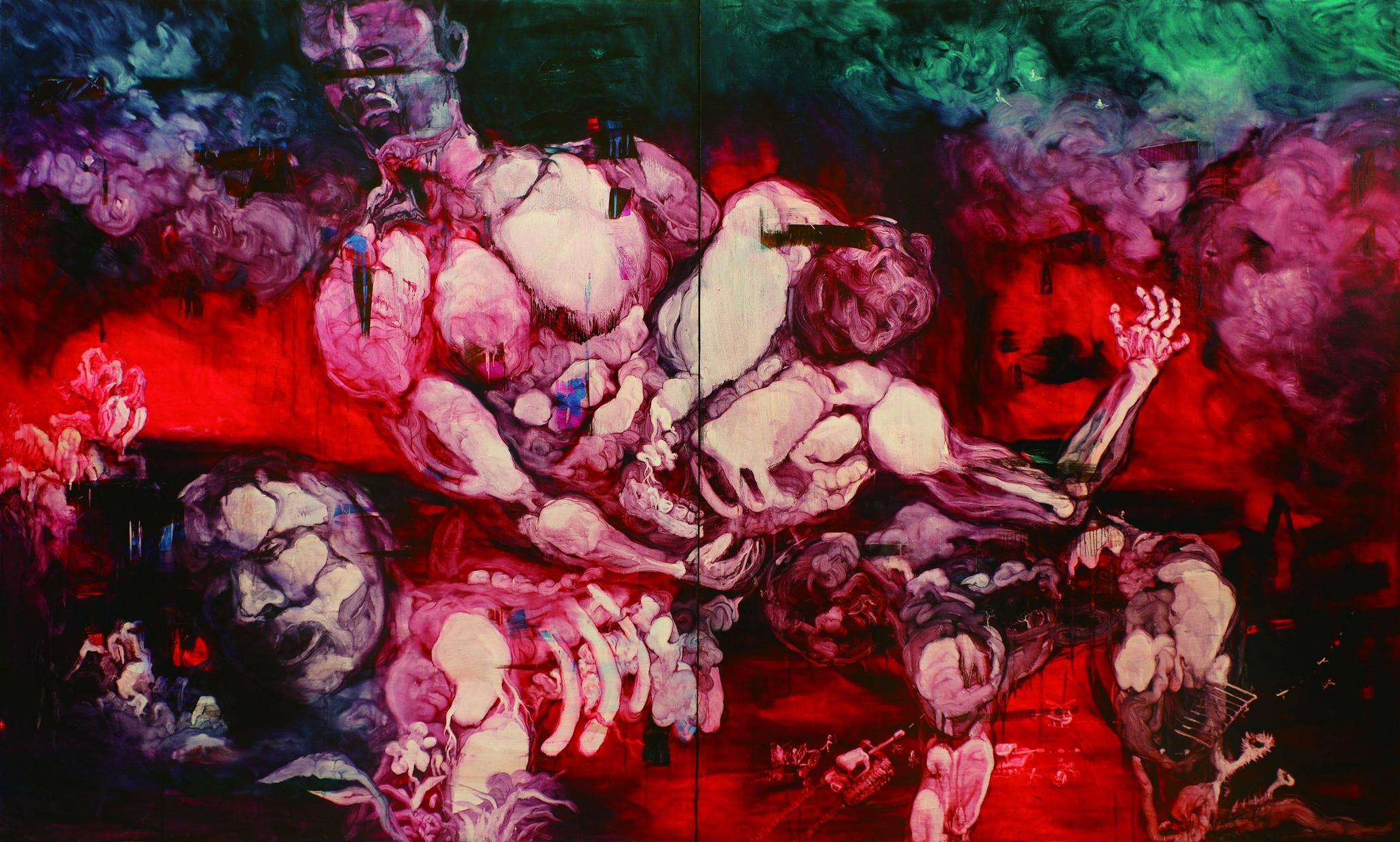 
Born in Hualien City on the east coast of Taiwan, Chang-Ling (常 陵) spent the first ten years of his artistic career in Paris far from his hometown. After graduating from Ecole National des Beaux-Arts de Bourges in 2000, he entered Ecole Nationale Superieure Beaux-Art de Paris and studied under Christian Boltanski, Jean-Luc Vilmouth and Jean-Marc Bustamante. With his unique and strong brushstrokes on canvas, he received numerous exhibition invitations in Europe including the Venice Biennale in 2003. Almost a decade after living in Paris, Chang-Ling returned to Taiwan in 2004, beginning the next chapter of his artistic career.


When time passes, things change. Chang-Ling returned to his country, yet he was disconnected and isolated from where he once used to belong. “After I was back in Taiwan, I suddenly felt so lonely. Many things change over time. People change, the ways people talk change, social systems change. I suddenly had nothing to say about my country. The only way to communicate was through my body, my flesh.”  The Pork Belly (2005 – 2010) series, created during this time of perplexity, centers on the artist’s psychological world using a new language of flesh – the physical, animal nature of humankind. 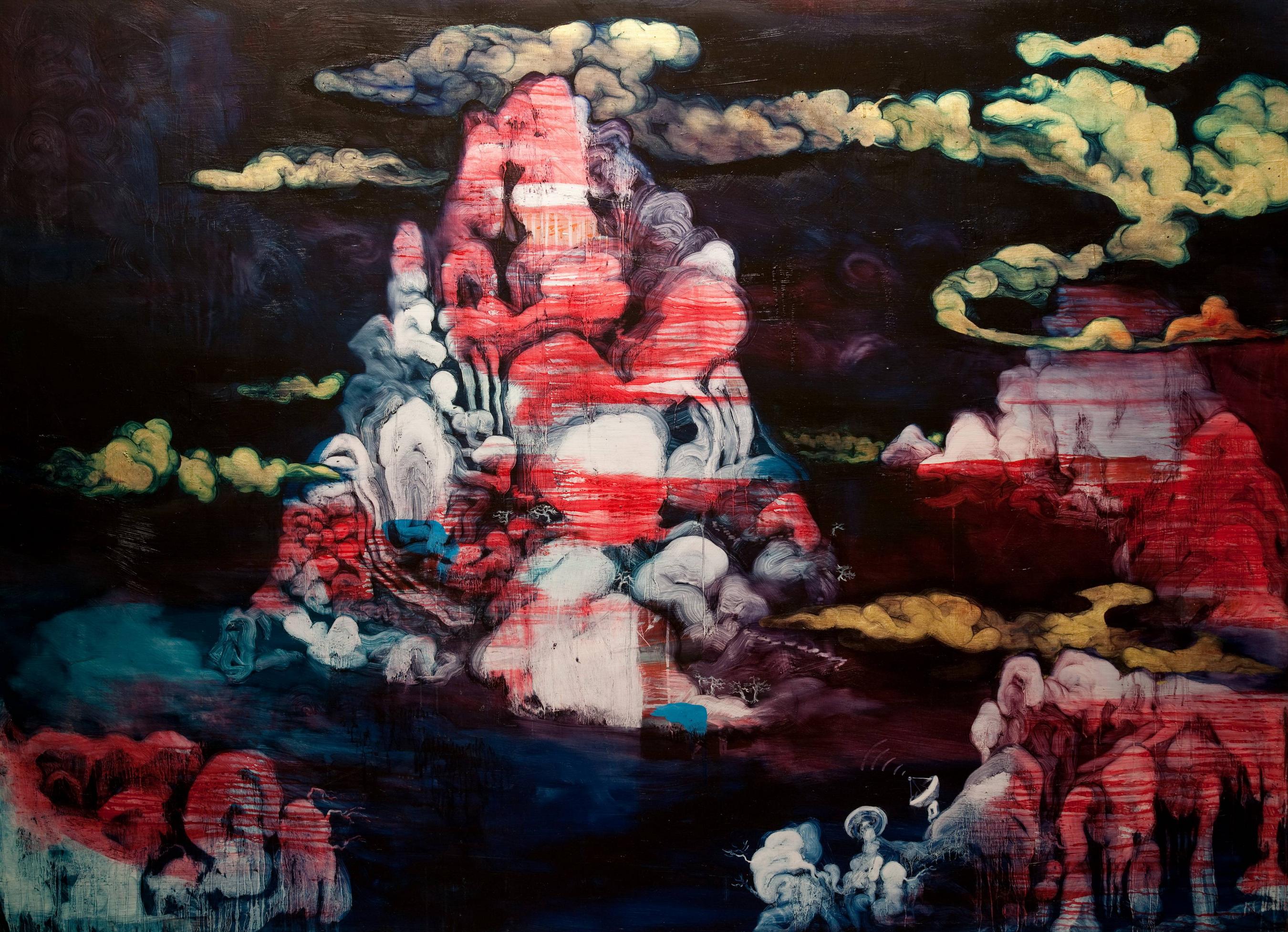 The series is divided into five themes: Flesh Landscape, Flesh Birds and Flowers, Flesh City, Flesh Weapons, and Flesh Religion. Chang-Ling spotlights the commonalities of his surroundings in grotesque, raw imagery through bodily flesh of mountains and distorted and animal-like human bodies against the intensely dark background, evoking the emotionally charged and magnificent imagery of the works by Francis Bacon. The mountains, flowers, and birds are reminiscent of traditional Chinese ink paintings that well blend together the artist’s influences of both eastern and western practices and principles of painting.


The intent of ancient landscape paintings is to capture the essence of inner reality and quality from the artist’s mind through the brush and onto the paper. Combining what is seen, thought, and felt onto the canvas, Chang-Ling presents his surreal and alienated world. Yet, there is a collective unconscious that arouses the human instinct of uncomfortable confrontation of reality from the artist’s allegorical lifeless place. 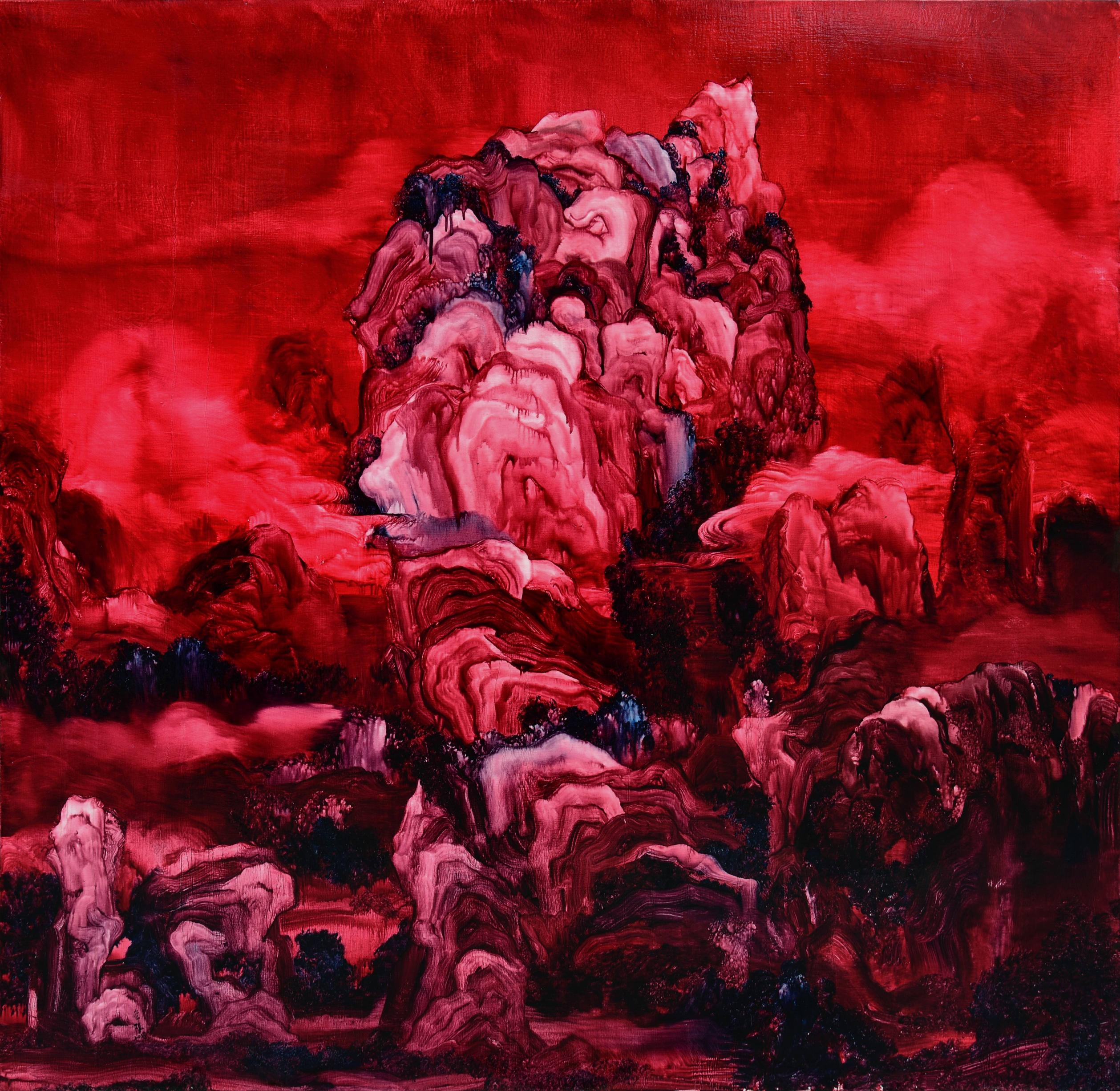 
“The whole series is about civilization concerning both natural and urban environments. It’s like one big circle.” Civilization, by its definition, is an advanced state of human society, in which a high level of art, culture, science, and government has been reached. The name of the series, Pork Belly, and its visual connection with bodily flesh, blood, meat, and rawness are rather peculiar choice of depicting the complex nature of civilization. In The Pig-Nose Tribe Hunting, Chang-Ling portrays humans with pig heads or pigs with human bodies hunting a wild pig with spears, tools that only humans of advanced culture utilize. “Zhu Bajie is a major character, formed up with a human body with a pig’s head, in the ancient Chinese literature Journey To the West. This is an interesting character. He is always onto something and often gets himself into troubles, like humans.” Separating themselves from and having dominance over the natural and “primitive” cultures, the unflattering reflection of subjects in entangled bloody flesh unveils the human nature and its civilization.


Extending from the Pork Belly series, Chang-Ling continues to explore the concepts of flesh and society in his new series in progress, The Universe (大塊之形, 2013 – ) and Illusion Society (2010 – ). Almost as if the artist’s thoughts and images in his mind have blasted onto the canvas, The Universe series is filled with forceful brushstrokes and vivid colors. Chang-Ling goes back to the idea of civilization as if searching for its origin and communicates the spontaneous, and yet controlled, emotional intensity. Illusion Society series goes beyond the simple representation of the visible world in seemingly empty space of motion. Chang-Ling captures a sense of fragility of confronting the illusion of visible reality through the nameless and distorted faces of figures. 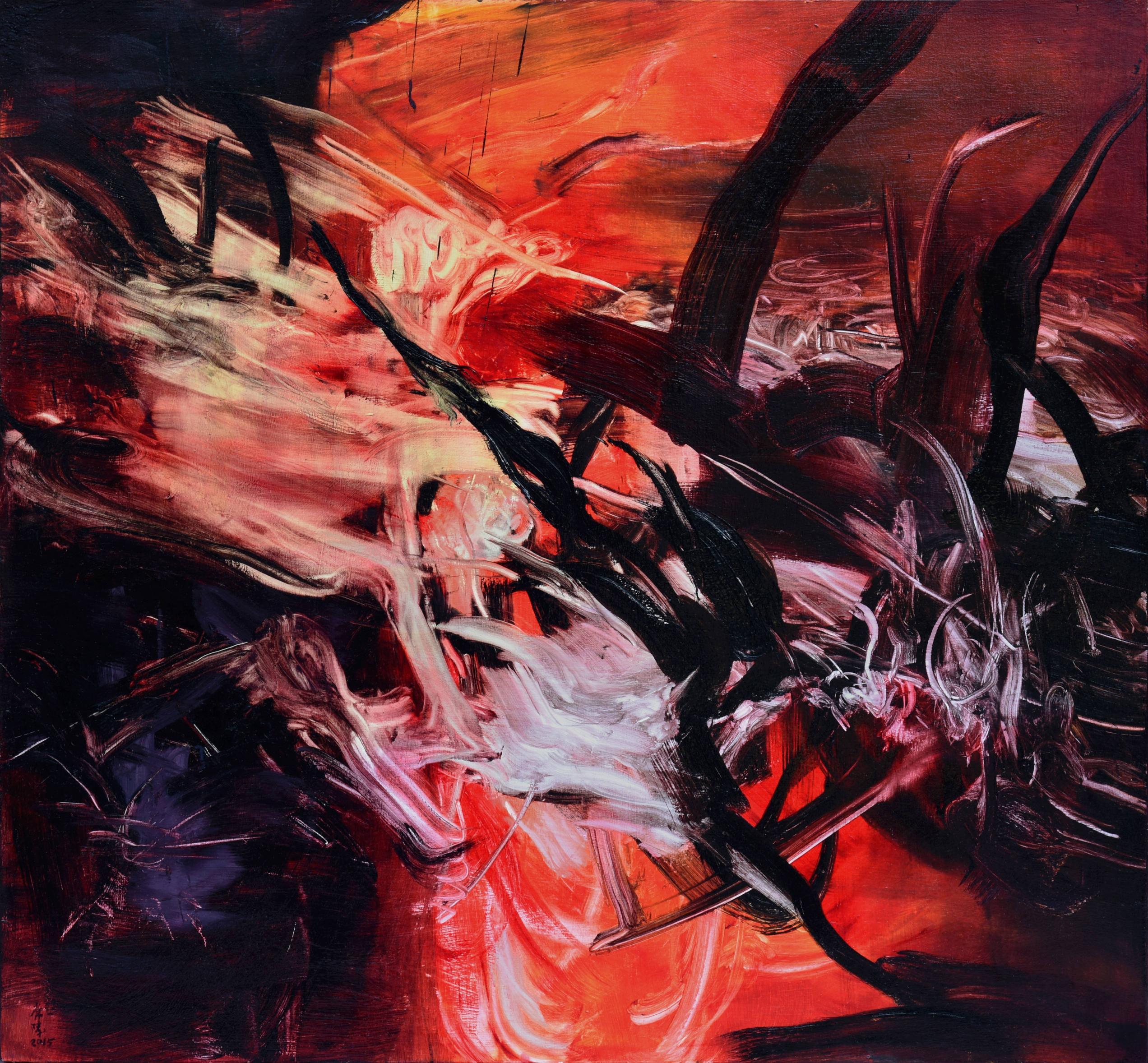 
“When I bring my perception out from the inside, I create something more abstract.” It has been a decade since he has returned to Taiwan. Within those years of artistic pursuit, Chang-Ling chose not the form of nature, but the nature of mind. He not only based on his personal feelings and experiences, but also on observations and reflections of the society he, once again, belongs. As he has endured the past years and the changes of his surroundings through his series, the next chapter of Chang-Ling’s artistic career is full of unpredictable possibilities for the new quest. 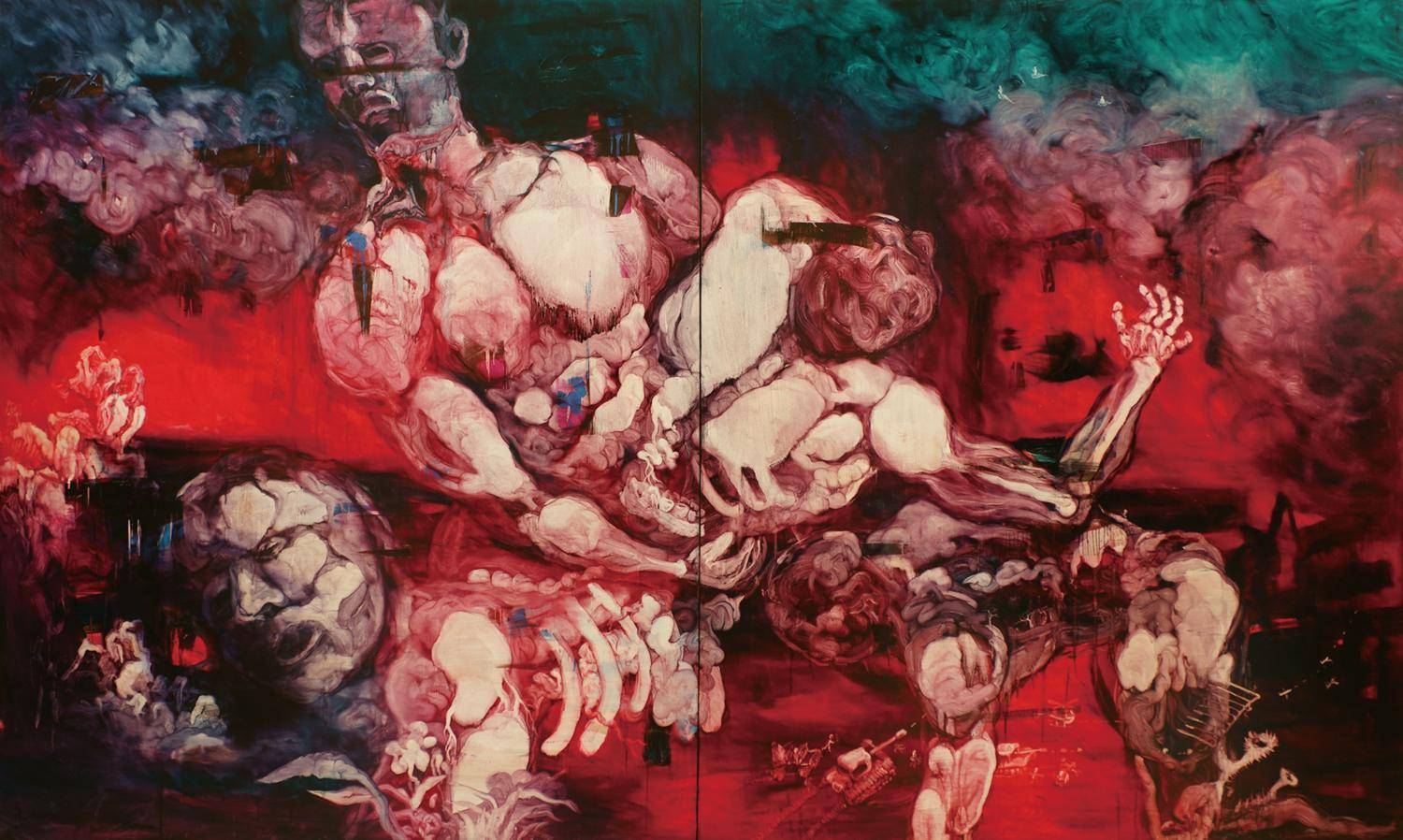 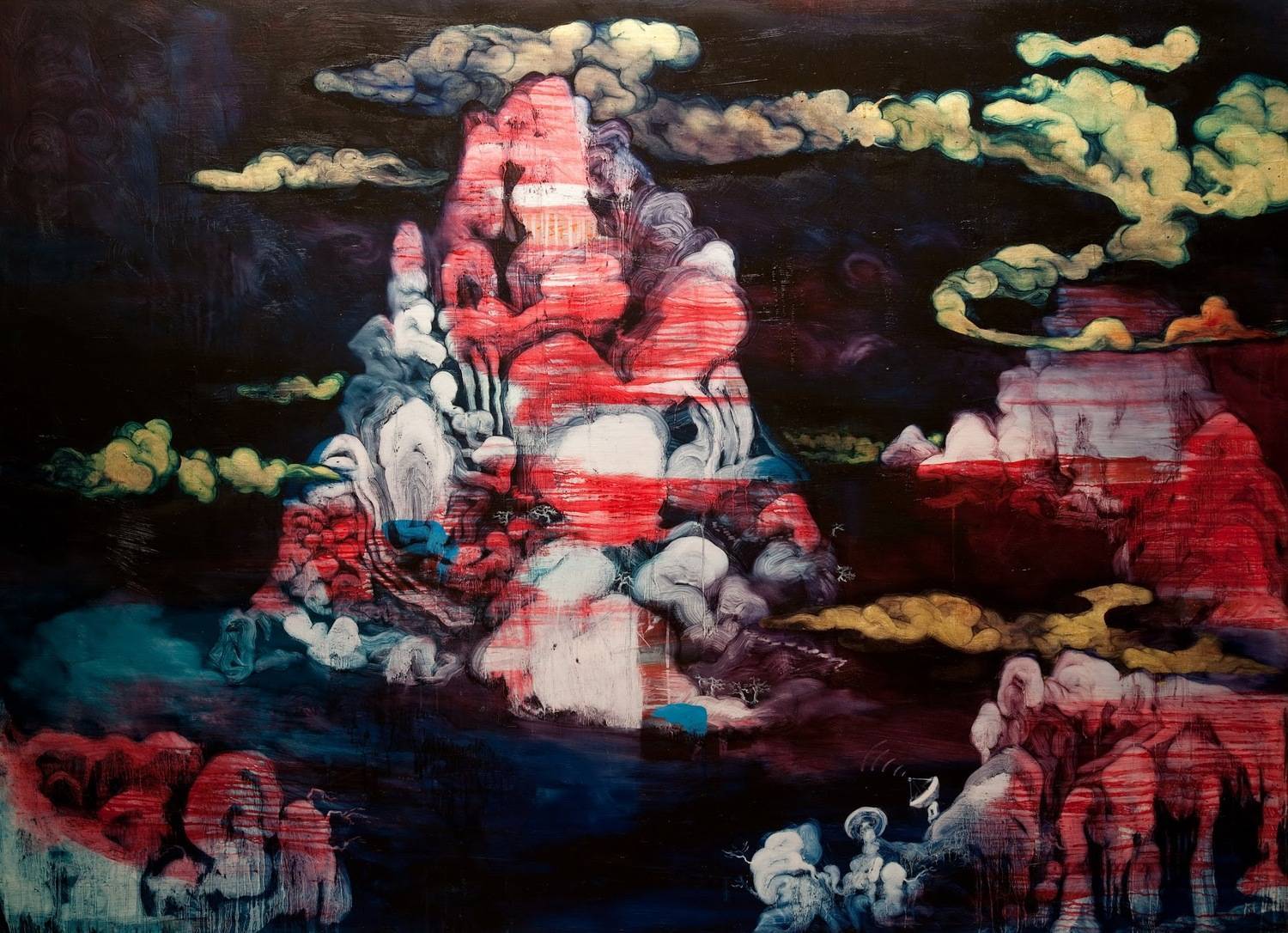 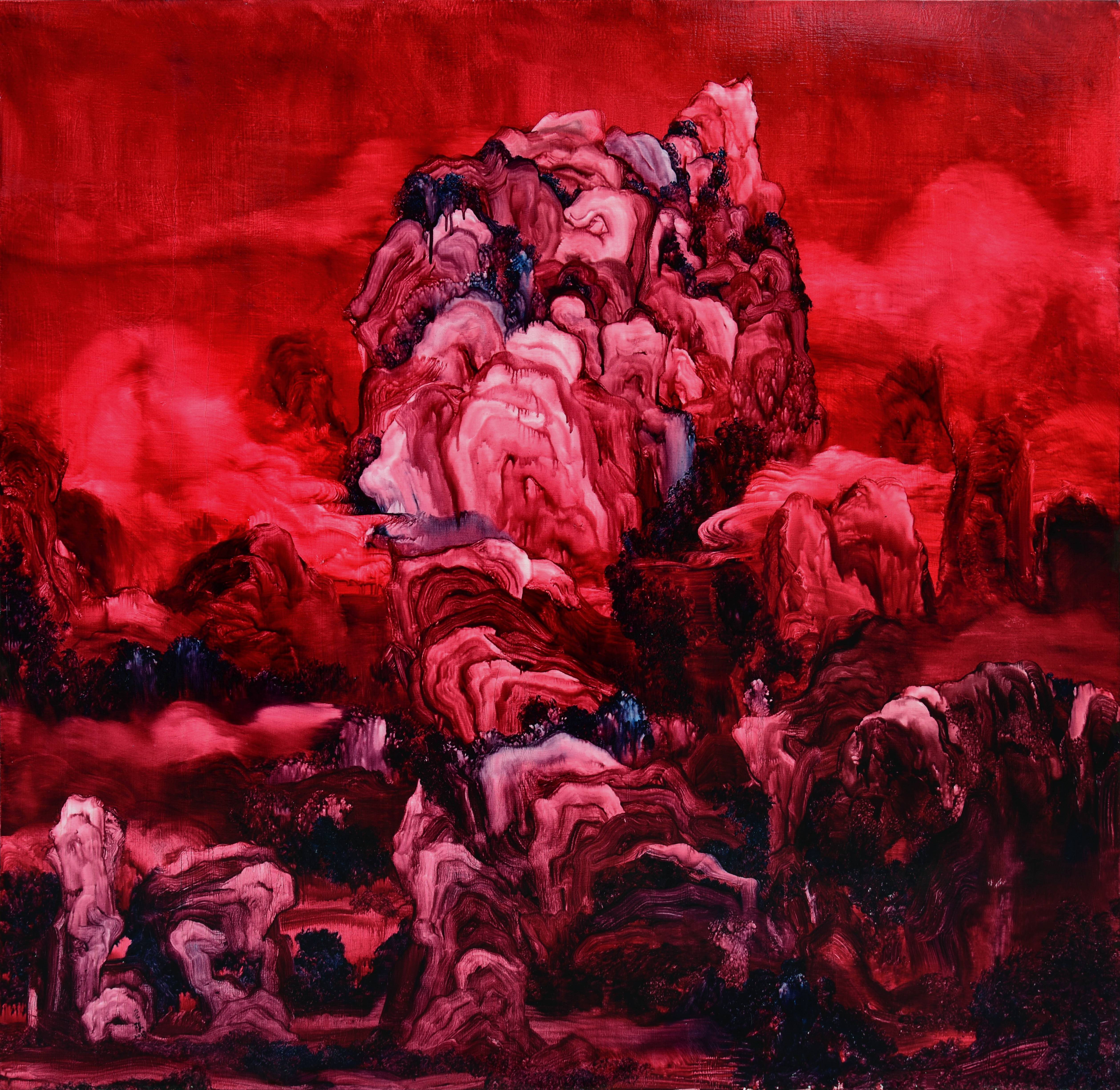